Well I woke up this morning with my chest hurting again and sweat. Before I even looked at my phone (which I didn’t do for a while) my mind was racing in how to finish preparing for the webcast today. I realized that maybe I’ve been running full speed for some time now – even before Cambodia as everyone ramps up for Christmas … So I took some time to pray. I found myself praying only about not embarrassing myself on the webinar and so I thought I would try the TACOSS technique. As I forced myself to pray and NOT work on the webinar, my heart eventually changed (and also my chest aches didn’t hurt as much but I wasn’t focused on it). I knew that really my main concern in my heart and prayer was saving my own face verses doing whatever it was God wanted me to do- which had been my prayer all along. As I slowly submitted (and whined and argued) with God in prayer just sitting on my bed with tears running down my face and a snotty nose …. as I kept saying, ‘but I don’t want to do that God.’ ‘Not that God.’ I thought of many other things that I didn’t want to do but not only that – I thought of people, specific people in my life that I know who are going through tough things right now. God brought these people to my mind one by one. I could hear them saying, “not that God.” Obviously they didn’t (and don’t) want to go through what they are going through. It is hard. It hurts and you don’t know the outcome. It feels messy.  Sticky. I can’t be in control with this.  I thought about this webinar. I don’t want to do what God wants me to do. He was reminding me that His grace was all I needed. Why was I trying to please man? Didn’t I say I wanted it God’s way? Then why was I fighting Him about it?  Because I didn’t think it would be like that.

No, not like that.  I fight God because I have my own vision but God, who created the HEAVENS and the Earth says, what do you– Sejana- know about VISION??? I realized my smallness. I just sat in that for a while. Lyrics of some powerful and personal worship songs were in the back of my mind… I just sat there and submitted in my heart.

Then my husband walks into the bedroom and sees me with the light on, sitting up in the bed, eyes open but tears running down my face. He asks, “Is something wrong?” I nod my head ‘no,’ not looking at him. He slowly closes the door and retreats. I continued to sit here for quite a while. Then I started to think of the many people who served and how they served with me in Cambodia. I started thinking again about who and how to just simply show them and I could just talk about what they did and how God used them. These were the new thoughts in my mind during those moments… and so I leaned over to get my laptop and start editing the folder I created.

Last night, I fell asleep watching a webinar on basically how to know everything about this platform that I plan to use today. So when I woke up, not knowing what time it was, I was thinking that I only have a small number of hours left to get this thing together as all the other options were not really working as I was picturing. I did get feedback from someone which was how I signed up for the online tutorial/webinar and was watching it and trying to figure out how to do what I was trying to do.  But this morning, when I opened my computer, I realize it is only 1:30am. Same time I woke up and started working on this yesterday. Fully rested at only 1:30am, even though I only got a few hours of sleep. Well 3.5hours but, you know, whose counting?

A while later my husband did come back, but this time I was working on the laptop. No tears. He asks lightly as he gets into the bed to go to sleep, “did you get some bad news?” I simply said, “no” and kept working. We had light conversation but then he just put the pillow over his face to block the light and buried himself under the blanket and went to sleep.

I am thankful for this man. 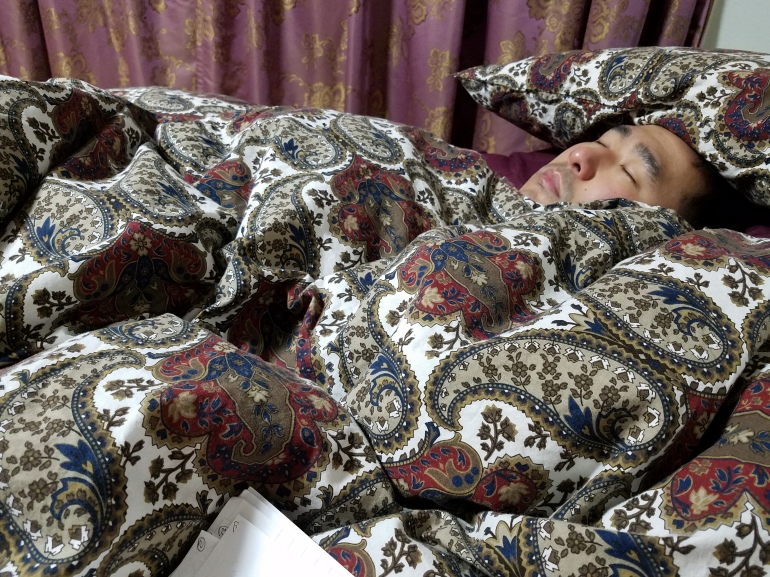 I think I will go back to sleep now. No, I’m not done now moving things to Powerpoint this time. My chest ache, I’m noticing it again, and maybe I should go to sleep. You know this is only the second period of time that this has happened since moving here. I’ll keep an eye on it but what I do know from this lesson that God woke me to show me was that I have been doing things, working really hard, for the wrong reasons on some things, like this. I mean initially it was right but as of yesterday, it was wrong. Even though I prayed and asked others to pray. God just revealed to me what I wasn’t willing to do and that is a chain. I don’t want that in my life so I will just think about that as maybe I get a few more hours of sleep tonight/today. I mean the sun will be up in a few!!

Hope to see you! (Although I can’t guarantee anything!!!)

One thought on “Submission isn’t pretty”

This site uses Akismet to reduce spam. Learn how your comment data is processed.

Mom: Want to go to the store with me to get a saw?
Beautiful and so powerful ❄️❄️
I appreciate this ministry and how they opened up their resources and gave opportunity for different writers around the world to contribute and to publish and then to send out this devotional "Voices of Faith" for free to anyone that wanted one. (I see now that it's sold out but there is an option to receive digital content for 10 days available online at @ourdailybread )
Loading Comments...
%d bloggers like this: